Gene therapy by using CAR-T cells, one of the most advanced methods for treating cancer, has reached the final stages of development thanks to the tireless efforts of professors at Tehran University of Medical Sciences and the researchers of an Iranian research-based start-up company. 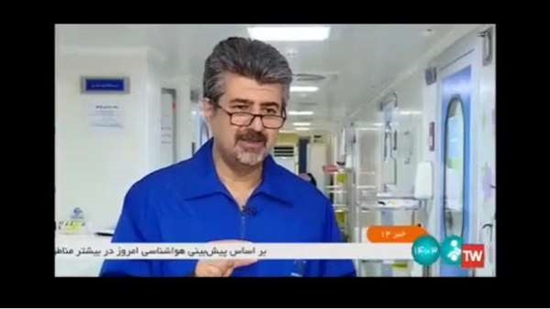 Currently, only two other multi-national companies offer this treatment worldwide; and this treatment has become acclimatized nationally with the help of domestic researchers.

An Innovative Approach to Cancer Treatment

Gene and Cell therapy is a method of treating or preventing disease that activates the genetic instructions inside an individual’s cells. Genes are actually the physical manifestation of all aspects of a cell's life: they hold the code that enables cells to grow, function, and divide. When a gene is defective or dysfunctional, it leads to the production of proteins that are unable to perform their roles within the body. When a gene is erroneous or overactive, important body functions could be disrupted. The main goal of gene therapy is to identify such defective genes and thus solve the root of the problem.

Gene therapy may involve replacing defective and dysfunctional genes with functional ones which in turn enables the cells to produce normal proteins. This method may also ameliorate gene regulation, so that hyperactive or inactive genes can function properly.

, referring to the success of Iranian scientists in treating leukemia with cell and gene therapy, maintained: “The future of medicine is regenerative medicine, which consists of cell therapy, gene therapy, and tissue engineering. In the near future, these methods will be utilized to cure diseases in patients that were once considered incurable.

Prof. Hamidieh, referring to the success of this national innovation and effective research in this field, said: “treatments, such as chemotherapy, have nearly a 60-70% recovery rate. The remaining 30 or 40% used to be transplanted, of which 60-70% of were cured. Today, those who are not eligible for transplant will probably have a 60-70% recovery rate via this method.

He stated: “This method is extremely novel in the world and the Food and Drug Administration of only a few countries have given the permission to utilize this method, and over time, the properties and effectiveness of this method will enhance greatly; also, acquisition of the product would not be so arduous and could be potentially obtained from another person and not the patient themselves”.

emphasized: “Apart from the science-based start-up company that we collaborated with, another company has come close to production of a gene therapy product and more than 10 technology cores are researching the subject matter.

Along with the presence of Iran’s scientific and knowledge-based delegation in China, seven cooperation agreements were signed during the second business and technology meeting of the delegation in Shenzhen.

Iran and China will invest on knowledge-based companies

In the business meeting of Iranian and Chinese companies in Shenzhen, which was held in the presence of knowledge-based companies of Iran, investors and technology activists of China,