Sattari at the fifth meeting of Iran's scientific leaders: By solving the problems, the recruitment of elites will increase in universities 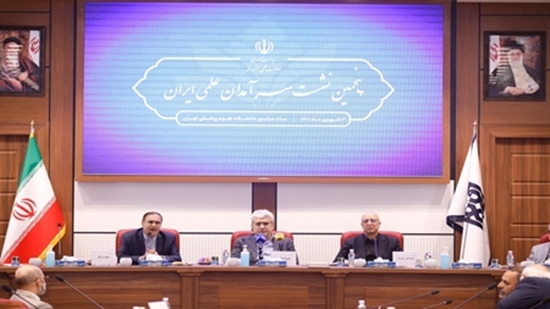 The 7th selection of Iran's scientific leaders was held under the auspices of the Vice Presidency of Science and the chosen ones were introduced. In these 7 courses, 306 academic leaders participated, and Sharif University of Technology with 25 academic leaders is in the first place, Tarbiat Modarres University and Basic Knowledge Institute are in the next ranks.

So far, in this program, the Vice Presidency of Science and Technology has provided 51.5 billion tomans of support to 1,192 people from 119 financial support institutions. Also, in the form of this event, 330 study opportunities, 270 top articles, 253 studies, and 483 postdoctoral researchers were supported.

He considered most of the obstacles in front of attracting and using the power and capacity of scientific leaders as a cultural problem and stated; Fortunately, the cooperation of the universities in this field and to attract the scientific leaders introduced is good by the National Elites Foundation.

Sattari called the scientific leaders of the country as human and national capitals and considered it necessary to solve their problems in every field and emphasized the cooperation of the vice presidency of science and technology and the Ministry of Science, Research and Technology in solving these problems.

Mohammad Ali Zolfi Gol, Minister of Science, Research and Technology, also stated in this meeting that the scientific leaders hold the scientific authority of the country and said: These people have become national legends of Iran in the transnational arena.

Zolfi Gol said that it is the responsibility of the Ministry of Science to solve the employment problems and attract these people and said: We are trying to solve these obstacles and problems by using all our capacities.

Zolfi Gol continued: We must try to increase the recruitment of students in basic sciences. Unfortunately, some fields of basic sciences are still neglected.

He added: The number of universities that have established close cooperation with the industry is increasing and we should try to increase their number.

Sattari in Birjand: “A Practical University” Is the Solution for Local and Provincial Problems

During visiting the science and technology centers of South Khorasan, Sattari met with some of the students and professors of Birjand University of Technology and considered a practical university as the solution for local problems of provinces.

Interview of the News Headquarters of the Supreme Leader with Dr. Sorena Sattari, the Vice President for Science and Technology Affairs and the President of the National Elites Foundation:

I do not know whether Mr. Sattari is tired of or happy about his work pressure these days aside from his main responsibility, which is improving the scientific move of the country.