Parviz Karami: Creative houses are the basis for commercialization platform in cinema

Parviz Karami, the head of the center and the secretary of the soft technologies headquarters, considers the creative houses of cinema as a platform for the formation of the production chain of art and cinema industry. 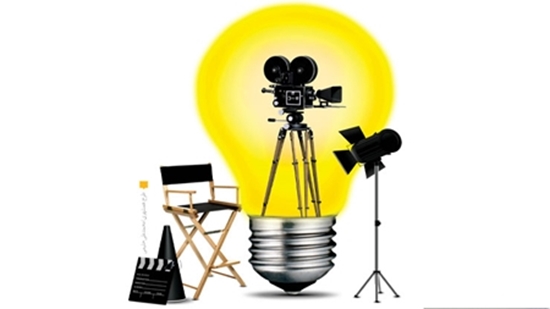 After the brilliance of the animation "Dolphin Boy" in Iran, Russia and the Commonwealth of Nations, the importance of creativity and innovation in the art-industry of Iranian cinema was highlighted once again. In fact, the use of creativity, innovation and technologies used in this animation showed that having a good idea, cultural, historical assets and Iranian myths help the filmmakers in creating a lasting work. Last week, the Vice Presidency of Science and Technology announced the launch of the Cinema Creative and Innovation House in collaboration with the Farabi Cinema Foundation.

In fact, these houses can become a platform for good-minded young people in the field of cinema so that they can try to present cinema products by using the latest technologies. In an interview with Hamshahri newspaper, Parviz Karami, head of the center and secretary of the soft technologies and development of creative industries headquarters in the Vice Presidency of Science and Technology, believes that the art and industry of Iranian cinema now desperately needs the use of different technologies and the creation of a production chain in this field.

How can technology and innovation transform Iranian cinema?

Technology and innovation are intertwined with all processes, thoughts, discoveries, handicrafts and everything that we can call it as civilization. We need to use technology and innovation in presenting and introducing views, culture, art, myths, folklore and literature. Iranian cinema has many capabilities and after more than a century has passed since the arrival of cinema in Iran, this art-industry has been able to open a good position in this field in the world. However, despite the use of techniques, methods, innovations, technologies and hardware, unfortunately, we have not been able to achieve a good result in terms of our dignity and position.

Don't other countries use the same things you said? So what has caused us to not have a good place in the world despite the use of similar methods and technologies?

Many film companies and offices in Iran have a one-product and one-dimensional view of this field. That is, a film office produces a film based on an adapted screenplay written by a writer or a director, and has little to do with the beginning or the end of the chain of art and cinema industry. That is, a director-author creates a character, a story or a number of subjects, but after the production of the film, what he created is abandoned. While this is not the case in world cinema and a big marketing and production cycle is formed around each film. When a film succeeds in being repeated several times, along with the sales of the film, the characters of the film also become global. Although our culture, literature, and myths are full of subjects, personalities, and characters, and maybe at times, the cinematographic works have shone well, but they have not been lasting. The reason is that there is no optimal technological and innovative production chain and the use of modern innovations in the field of art and industry in Iran.

You have used the term " raw sale of literature " before. We must have infrastructure to prevent this from happening. What do we need in the art-industry of cinema?

We don't have anything called a cinema accelerator, a cinema innovation center, a creative house and cinema innovation in the country. While the world's major film and cinema companies have at least 50 to 60 accelerators in different fields. In fact, these companies have a platform that not only reduces costs and increases productivity, but also works on various aspects of film pre-production to expand the chain. Therefore, you can see that the myths and characters of our literature change their names in other countries and return to Iran and are used by the people. I call this incident as the raw sale of literature. We have the cultural, civilizational and literary assets and the raw material needed to produce a good film, but unfortunately we cannot bring it into a scientific, technological and innovative process and commercialize it. We often make historical films, and the West and other countries make history with cinema. They make the thing that has no history with cinema. They create myths of nowhere, incomprehensible and invisible and then give meaning to it. They make avatars that our children think of as heroes.

The characters of films and animations become dolls and toys and bring several hundreds of billions of revenue to the producing country. Should we use the same methods or are there other methods?

First of all, we have to fix this defect and incompleteness of the production and branding chain that we have in Iranian cinema. Then we need to prepare environments and groups that identify the missing links and take action to fix it. We introduced Creative and Innovation Houses as a platform that can be a stream-builder in the field of soft technologies. In this regard, we are establishing the first creative and innovation house of Iranian cinema in partnership with Farabi Cinema Foundation so that experts in the field of humanities and social sciences, culture and art in all fields can come and work on the issue of idea to product.

Can you explain more about creative houses and cinema innovation?

Creative and innovative houses are innovative in this field. They know the environment and the process and can help the big family of Iranian cinema to complete this chain. Branding can work in the form of characters and personalities and bring them into the field of marketing. If our child is going to shape his character development process in society with toys, we should have type dolls for him, for example, and transmit education through them. This does not happen, unless the child is created with a sense of humor, and this creation of a sense of humor is effective in shaping the desirable and desirable characters of children and teenagers of our country.

Cinema in the arms of technology

Parviz Karami, the head of the center and the secretary of the soft technologies and industry development headquarters, in a conversation with Hamshahri, pointing out that cinema is formed mostly based on the fantasy, imagination and poetic spirit of the writer and director, believes that today, technology, along with reducing costs to film companies It helps make the impossible possible. Parviz Karami mentions technologies such as augmented reality, virtual reality, CGI and motion capture, which have come to the aid of directors and producers of Iranian cinema so that directors and cinematographers do not say that such and such cannot be done. He recalls that "if the computer had not been invented, many of the good films we see today would not have been made. So, if Iran's cinema is going to be promoted from the current situation to a few steps higher, it should not reconcile with technology and innovation, it should be mixed, and in other words, it should embrace technology and innovation with the approach of loving, wanting and needing. If this happens, Iranian cinema will have a leap forward." 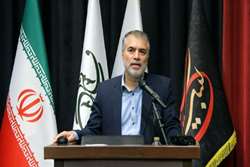 The closing ceremony of the Iranian cinema visual effects event was held, and the importance of marketing formation and the use of technology and innovation was mentioned in the field of cinema. 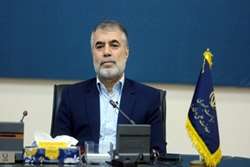