The emergence of technology towers; Parviz Karami: A platform was provided for the establishment of knowledge foundations in the urban area of Tehran

The secretary of the soft technologies and development of creative industries headquarters said about the creation of technology towers next to universities and providing a platform for the establishment of knowledge-based and creative companies. 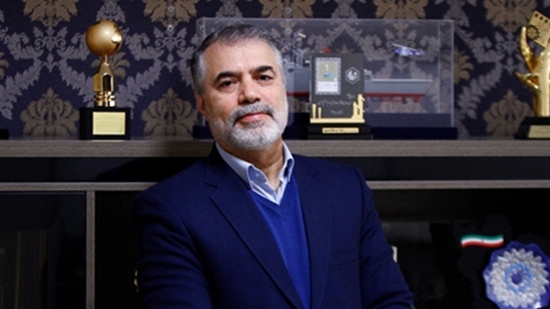 After the approval of the leap law on the knowledge-based production, some challenges, limitations and restrictions were resolved in this field. For example, now universities and science and technology parks are allowed to provide their facilities, space and land to knowledge-based companies, which was not possible before.

Since only one science and technology park can be established in each province, the proposal of the vice presidency of science to create technology towers in the urban area and next to the mother universities of the country can bring knowledge-based and creative companies together to form the completion chain of an industry. Also, the construction of technology towers as research complexes will facilitate the presence of academics and investors. Meanwhile, the creation of technology parks faces challenges such as providing large land, which technology towers do not have such limitations.

Solving the challenges of knowledge-based companies

Parviz Karami, the head of the center and directorate of soft technologies and development of creative industries headquarters, in a conversation with Hamshahri, points out that some of the challenges and limitations of knowledge-based companies have been resolved by passing the leap law on the knowledge-based production and continues: In this law, also banks were allowed to invest in knowledge-based projects and companies, especially those that produce a product for the first time.

Parviz Karami refers to universities as land, facilities, space, and buildings, and on the other hand, he points to banks, which are connected with knowledge-based companies in these spaces, and joint investments are made. Referring to the proposed plan of the vice presidency of science and technology, which is being implemented, he informs about the first memorandum of understanding concluded yesterday in this regard.

According to him, based on this memorandum, the first technology tower will be built near Amirkabir University of Technology with the participation and investment of the private sector, as well as the services and investment of Sepah Bank.

Advisor to the Vice Presidency of Science and Technology considers this memorandum to encourage the construction of technological complexes and towers next to the mother universities in different cities of the country, with two goals; One is the establishment of knowledge-based companies and the other is investment in the field of construction, which leads to the creation of technology towers. Parviz Karami, pointing out that this tripartite memorandum was concluded between the Vice Presidency of Science and Technology, Sepah Bank and a private company, states that its content is the construction of a 48-unit tower in the innovation area of ​​Amirkabir University of Technology as a pilot project. According to him, with the start of the construction of this tower, buyers can buy technology complexes at a cheap price based on the mechanism of bank facilities or rent them under the condition of ownership.

Parviz Karami, referring to the fact that technology towers are actually developed at a height and science and technology parks are developed at the level, reminds that each province can only have one science and technology park according to the resolution of the parliament. According to him, the creation of the park faces certain complications and challenges, while the technology towers will be one of the physical environments for the establishment of knowledge-based companies and creative units.

The head of the center and directorate of soft technologies and development of creative industries headquarters says that the units of these towers have a special design and are suitable for the activities of knowledge-based companies and creative units, so that some shared spaces such as laboratories and clean rooms are expected for the use of all companies.

Parviz Karami also states that in these towers we will see the offices of knowledge-based companies, research and development centers and basic knowledge affairs to facilitate the presence of academics and investors. In fact, their products will be produced in the same industrial towns outside the city. He believes: In this way, these companies together can form the completion chain of an industry.

Wandering capital in the service of technology

The head of the center and the secretary of the soft technologies and development of creative industries headquarters, pointing out that for the first time in the knowledge-based production leap law, banks are allowed to invest, continues: therefore, there must be a space for the emergence of this investment.

A Step to toward a Smart Tehran; the Third Smart City Innovation and Technology Center Is Opened

The third smart city innovation and technology center was opened in district 10 of Tehran to take another step toward accelerating the pace of moving toward a smart Tehran.

Parviz Karami in an Interview with Fars News Agency:

Parviz Karami in an Interview with Hamshahri Newspaper:

Startup Iran; the Silicon Valley of the Middle East

In an interview with Hamshahri Newspaper with Parviz Karami, the secretary of the knowledge-based economy and culture-building technologies development headquarter, he talked about the startup ecosystem of the country.