Time to live without decay 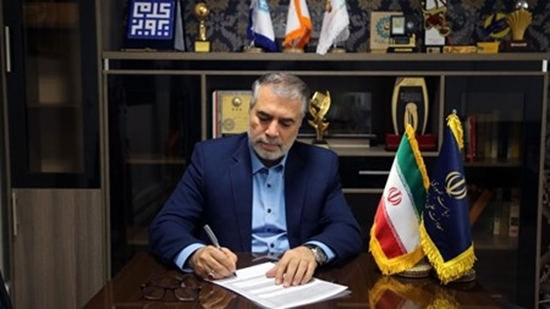 Time to live without decay

"Those who like to learn something new every day will not have an empty life." (Iranian letters, Montesquieu, forty-eighth letter)

In the Iranian world, nature is a mediator between man and his creator. Nature has taught him that nothing is single and alone, except the highest. Therefore, everything is connected to something else to reach perfection. Everything has two sides to find new ways easier. A man without a mate is immortal. Animals and plants too. Soil without water does not bear fruit.

Based on this, the unified Iranian man, by benefiting from religious teachings and relying on his religious views, has taken control of everything around him and is a fixer on contradictions and differences. For this reason, everything he creates is based on contradictions and the result is the owner of sides and sides. For example, if he builds a wall, that wall is not just a fence and barrier. Rather, with the benefit of art and role, culture and belief also dissolve in it. If he makes a vase, thinking is also visible in it. So, everything in Iranian culture is not only a beauty tool but also a work tool. Things do not only do work but also give peace and thought to its owner.

As a result, when a mosque carries with it the pinnacle of Islamic-Iranian art, culture, and thought, it is both attractive and efficient. It is both beautiful and thoughtful. The contrast of colors and materials creates thought and a heartwarming role emerges. This routine has been running in the blood, veins, and brains of Iranians for centuries and has been constantly evolving.

However now; With the change of times and the world's conflict over profit and loss, the issue of culture has become more sensitive and important. Cultural industries based on a creative economy have entered a new stage. According to statistics, currently, more than 2250 billion dollars are allocated to the economy of creative industries in the whole world, which is about 3% of the total gross domestic product of the world. Also, creative industries around the world have been able to create about 30 million jobs.

Therefore, another area is facing the rich and productive Iranian culture. We have always proven that we are brave in culture and creativity and we do not turn our backs on foreign soil. We have never given in to vanity and futility and have tried to make every day a new day. Indeed, they are ahead of us in some technologies and systems, and processes, but now that it is the period of creativity and culture, we can have the upper hand.

One of the important sectors in the field of the creative economy is "handicrafts". Indigenous diversity in our country is one of the great advantages of our land. Each indigenous life has its own culture, language, color, and taste. The North of Iran, along with the South of Iran, has its habits, traditions, and customs revolving around the Iranian Muslim circuit. The same is true in the west and east of the country. South-east is different from the north-west and north-east is different from the south-west.

These differences, together, provide a unique and rich opportunity for creative and cultural industries to create an ecosystem of creativity and innovation throughout the country and create diverse and unique products.

Handicrafts in Iran are one of the launching pads of Iran's economy. Currently, Iran's share of the world's handicraft markets is only 500 million dollars per year. The income generation of China and India from the sale of their handicraft products reaches four billion dollars annually. Considering the high capacity of handicrafts in our country, we can be optimistic that these numbers will not remain constant and shortly we will take the competition from others and sit at the top.

But handicrafts activists need to commercialize their products and supply them to safe and active markets. In this story, we have two paths ahead; Export of handicraft products, booming tourism, and attracting foreign tourists. Both must be done in parallel. In this way, creativity and innovation will be our helpers and sure insurance for the prosperity of handicrafts. Introducing the brilliant culture and creativity and capability of Iranians to the world, using handicrafts, is a sure and profitable way. With the growth of creative and innovative houses throughout the country, the thinking and thinking of young Iranian youth will become a product and will find its way slowly into the world markets. On the other hand, the emphasis of the wise leader of the Revolution on the attention to creative and cultural industries and his recommendation to the heads of the forces to pay attention to this area, which has just been announced, leaves no doubt for us to accelerate in this direction. The world will become more beautiful with Iranian culture and creativity and will be safe from absurdity and futility. 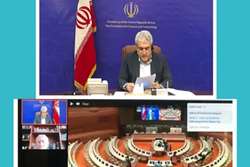 Important/ Sattari: Technological Cooperation Is the Axis for Global Fight against Corona

Parviz Karami in an Interview with Fars News Agency:

President at a ceremony marking beginning of academic year:

University must become skill-based/ I’m proud of being brought up by both seminary, university/ We don’t favour quantity at the expense of quality/ Iran advanced in many sciences

President stated that increasing quantity without quality at universities is not favourable, adding, “Iranian universities must be turned into skill-based universities”.