Dehghani Firouzabadi: Academic Jihad is a platform for the development of elite innovations

The Acting Vice President of Science and Technology, visited the achievements of academic jihad in Khorasan Razavi province. 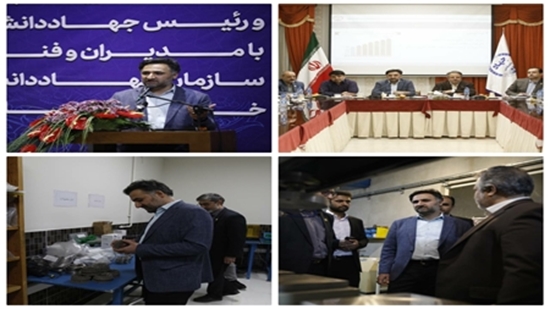 Ruhollah Dehghani Firouzabadi, acting vice president of science and technology, referring to the role of academic jihad in supporting and guiding creative, talented and educated human resources, said: the abilities and capacities created in the academic jihad of Mashhad are what an academic jihad should be. The organization is a perfect example that should pay attention to the horizons and prospects in the way ahead.

Dehghani Firouzabadi continued: The organization should become a home for elites and academics and in fact, it should be a refuge and shelter for academic innovations.

Emphasizing that cultural capacities should be paid attention to, he continued: the concept of ecosystem in a sense is a platform that includes all the actors in this field in general terms. It is suitable for their innovative and technological activities.

He stated that culture should flow in the text of academic Jihad activities, and continued: We should have defined the category of religion not as a separate book, but in the text of all educational sections and chapters. Culture should also be current in all departments.

The Acting Vice President of Science and Technology stated: It is expected that the academic jihad of Khorasan Razavi, due to the extraordinary capacity that the province has in the fields of culture, tourism and health, blessed by the presence of Imam Reza, peace be upon him, should have its own innovations in various fields.

Dehghani Firouzabadi said about the need to pay attention to soft and social innovations and continued: soft and cultural technologies and social innovations that flourish based on the existing capacities in human sciences and are always in a secluded corner should be given attention and academic jihad is a good platform to develop these technologies.

He added: Also, special attention should be paid in the cultural field, and with the vice president of culture and media, students should play a role in the context of the university.

Referring to the transformation of the national innovation system in accordance with the local capacities and needs, he said: the expected innovation system must be in line with the market. Although progressive and breakthrough technologies are of high importance and require support, but in the main and strategic step, market and need-oriented technologies and innovations should be taken into consideration.

The Acting Vice President of Science and Technology considered Jihad University as one of the most progressive and functional ecosystems for the development of technology and innovation and said: This organization is a smart intermediary between the public sector and the private sector that brings the capabilities and services of these two sectors to It manages in an innovative way.

Emphasizing that attention should be paid to the support and guidance of innovations, especially in the fields of knowledge and technology, he said: The infrastructure, under the title of academic jihad, should pay serious attention to the issue of culture and innovation.

Dehghani Firouzabadi, recognized one of the other innovative parts of the academic jihad, the existence of the guiding and leadership side and added: this institution has a good capacity in strategic areas such as food security. It has been designed by us, and the same western examples in acceleration and leadership exist in this organization in a complete and innovative way, but compatible with the country's native patterns. It can be like a river bed, an infrastructure for the flowing and surging of the raging river of innovations of elites and academics.

He continued: The Vice Presidency of Science and Technology will support the innovations of academic jihad and the necessary platform will be provided for the development of innovative and forward-looking projects.

The Acting Vice President of Science and Technology visited the research and semi-industrial production center of food additives located in Khorasan Razavi Academic Jihad and had a conversation with the researchers of the center. 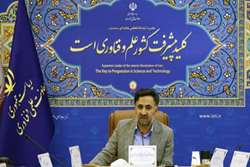 Dehghani Firouzabadi: We have prioritized the full implementation of the knowledge-based production leap law with all available capacities. 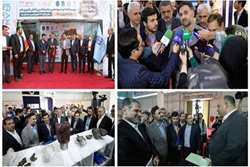 The 13th Nano Exhibition opened; Dehghani Firouzabadi: Nanotechnology production is one of the successful models in the country

The 13th Nanotechnology Exhibition "Made in Iran" started its work with the presence of the Acting Vice President of Science and Technology and the Minister of Agricultural Jihad. 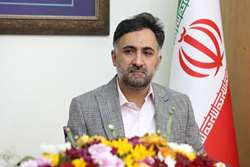 With the issuance of a decree by the president, the head of the vice presidency of science and technology was appointed.