Signing of the cooperation agreement between the Vice Presidency of Science, Technology and Knowledge-Based Economy, and Persian

A cooperation agreement was signed between the vice presidency of science, technology and knowledge-based economy, and the CEO of Persian Gulf Holding, focusing on the creation of a venture fund in the petrochemical sector. 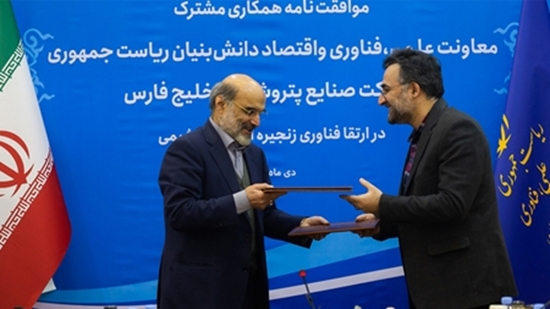 Ruhollah Dehghani, the Vice President of Science, Technology and Knowledge-based Economy, stated that today we must strive to give hope to the youth, stating that this year's designation as "production, knowledge-based and job-creating" created a serious movement in the country. If we want to be fair, one of the main reasons for accelerating the approval of the knowledge-based leap law was the leadership's attention to this field. This law is very important. It is unlikely that more than 10 progressive countries in the world have such a law supporting technology and innovation.

He added: "If today we lay the foundation stone for the creation of a venture capital fund, we will definitely have the basic support of the production leap law."

Vice President of Science, Technology and Knowledge-Based Economy, stating that we expect to see the results of the great actions taken this year in the next 5 years, and we will witness its consequences in another 10 years.

Knowledge-based penetration in all major industries

He emphasized: What is happening today is the establishment of a venture capital fund to support and invest in knowledge-based companies that produce efficient, standard and quality technology for Persian Gulf Holdings.

The vice president of science, technology and knowledge-based economy stated that it is expected that this fund will have a capital of 2 thousand billion tomans, and said: nearly 40% of this capital will be provided by the vice presidency of science, technology and knowledge-based economy, and the rest of it is provided by the tax credit that Persian Gulf Holding provides in technological projects that are licensed by the Steering Council of Knowledge-Based Technologies and Productions.

At the end, Dehghani emphasized that the tax credit is a very smart and targeted investment and said: Taxes are the wealth and money of these people. It should only be spent where if we spend only one unit, it should have at least 3 to 8 output units. We must carefully determine technological issues so that every single dollar that is spent has achievements and savings.

Providing skilled and elite human resources by using the capacities of the parties and attracting up to 20% of the holding's human resources needs through holding joint tests as well as programs of the National Elites Foundation and the exchange of 20 people to work in the holding and its subsidiaries after the approval of the holding's board of directors and Subsidiaries are one of the other axes of this bilateral cooperation.

Dehghani: The formation of technology giants in the petrochemical industry is an effective way to improve the added value in the industry/ $120 million was registered in the production working group for the first time in the oil industry.

The Petrofen conference was opened with the presence of the vice president of science, technology and knowledge-based economy aimed to develop the penetration of technology and innovation in the industry. 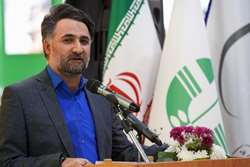 Dehghani Firouzabadi: A healthy and sustainable environment is achieved by knowledge-based and technological companies/ the main priority and focus should be on solving environmental challenges with the help of innovation

The 20th international environmental exhibition ended with the presence of the Vice President of Science, Technology and Knowledge-Based Economy and the head of the Environmental Protection Organization with recognition of knowledge-based and technological companies in this field. 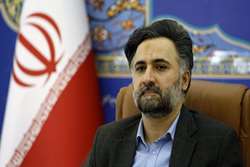 Dehghani Firouzabadi: The development of non-governmental research and technology funds is a priority

In the fifth meeting of the permanent working group for the steering council of knowledge-based technologies and productions, the acting vice president of science and technology stressed on the quantitative and qualitative development of research and technology funds.