A cooperation agreement was signed in the field of expanding drinking water supply activities from deep water sources in Sistan and Baluchistan province by using technological capacities between the Vice President of Science and Technology and the Ministry of Energy. 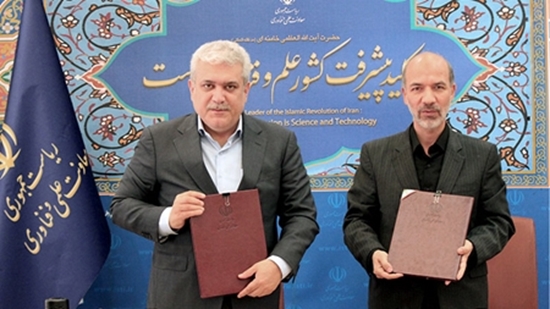 Regarding the reduction of water input to the well and the need to supply and produce sustainable drinking water in Sistan and Baluchistan province and the need to use the technological achievements of Iranian knowledge-based companies in the exploration of deep waters to solve the challenges of drinking water and to benefit from the capacity of these resources; This memorandum of understanding was signed between Sorena Sattari, Vice President of Science and Technology, and Ali Akbar Mehrabian, Minister of Energy.

The goals of this memorandum are to promote resilience and reduce dependence on transboundary water sources that supply water in Sistan and Baluchistan province, optimal use of investments and experiences in the science and technology department to reduce costs and accelerate access to safe drinking water and technology development related to the studies of exploration, drilling and exploitation of deep-water sources.

The Vice Presidency of Science and Technology has put measures in its agenda to benefit from the power of knowledge-based companies and domestic investors for studies, exploration, drilling and extraction of drinking water from deep water sources in Sistan and Baluchistan province, and the task of transferring and distributing extracted water. According to this memorandum, the Ministry of Energy will be responsible for the development of existing exploratory study wells and future plans.

So far, 3 deep wells in the Sistan region have reached the exploitation stage with the aim of improving exploration and drilling technologies, which has facilitated the provision of drinking water for the people of this region. After the qualitative analysis of extracted water, the optimal technology for the treatment of each of these sources was determined and desalination units were designed and built with the participation of knowledge-based companies.

Among these systems, the reverse electrodialysis desalination device at well No. 3 in Sistan, as well as the RO desalination device with a ceramic filter at well No. 2 in Sistan with the support of the Water, Drought, Erosion, and Environment Technologies Development Headquarters in the Vice Presidency of Science and Technology was put into operation as a pilot during the government week and entered the drinking water network.

This memorandum has been signed with the aim of developing the technologies used in the successfully implemented pilots and increasing the synergy between the technological ecosystem and the executive structure of the country in the field of water, which provides a new trend in scientific response to the issues of knowledge of the country's water resources and supply. 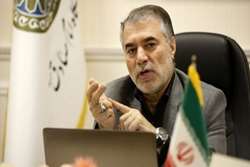 The innovation of the youth will win the economy battle

The weekly “Javan Magazine” interviews the vice president for science and technology affairs on its 710th issue. In this interview, Sattari explains the importance of passing from raw selling, position of creative youth and entrepreneurs and opening of new doors to the economy of the country with the help of startups.

President at the ceremony for National Defence Industry Day:

President described the domestically-built Bavar-373 surface-to-air missile defence system as the armed forces’ big gift to the Iranian nation, stressing, “This defence system is more powerful than the S-300, and close to S-400”.