The meeting of the knowledge-based economics headquarters in Tehran province; Sattari: The role of knowledge-based and creative companies in solving provincial challenges is becoming more prominent

In the meeting of the knowledge-based economy headquarters in Tehran province, with the presence of the vice president of science and technology and the governor of Tehran, it was emphasized the necessity of paying attention to the implementation of the law on the knowledge-based production boost and allocating establishment space to these businesses. 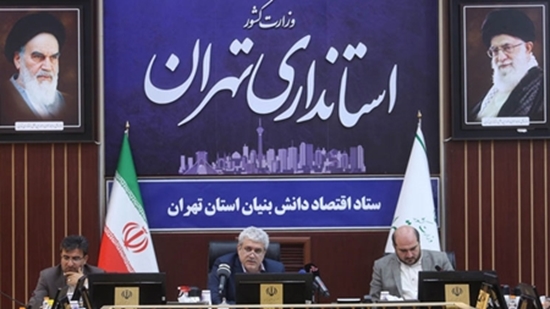 Sattari, stating that there are many spaces in Tehran province that can become a platform for the establishment of knowledge-based and creative companies with a change of use, added: the best architects and interior designers of our country have created successful examples of this change of use in different places. Implementation and have turned them into a space in the heart of the ecosystem of innovation and technology.

The head of the National Elites Foundation continued to state that the knowledge-based production leap law has created a good platform for facilitating private sector investment: one of the focus areas of this law is increasing the capital of universities' research and technology funds. According to this law, the private sector will enjoy good exemptions for investing in these funds. All departments must be determined to implement the clauses of this law.

The Vice President of Science and Technology spoke about the key role of the governorates in supporting the development of the ecosystem of knowledge-based and creative companies and continued: According to this law, the governors should provide resources to local knowledge-based companies. The issue of allocating credit to knowledge-based companies and the membership of heads of science and technology parks in the provincial development meetings is considered part of the features of this law. The law, which was approved after three years of continuous follow-up, emphasizes the role of knowledge-based and creative companies in the development of the province. All departments should sympathize with each other and implement this law and its regulations in the province.

Supporting the establishment of knowledge bases in Tehran province

Mohsen Mansouri, the governor of Tehran, also pointed out that Tehran is the most knowledge-based province of the country, and accordingly, it is considered one of the sectors of interest in the technology and innovation ecosystem of this province, and continued: We are trying to support and cooperate with the Vice Presidency of Science and Technology, the role of knowledge-based and creative companies in solving the most important challenges of the province should become bolder and more serious.

Sattari: Universities Are the Basis of Economy/Oil Money Destroys our Intellectual Infrastructures

On the first meeting of “knowledge-based economics parliamentary group” of the 11th Assembly of the Islamic Council, Sattari stated: we do not consider universities only for their educational roles. In fact, universities must be the main pillar of the economy.

“Hormuz Innovation Tower” is a start for improvement of innovation ecosystem in Hormozgan.

During the opening ceremony of Hormuz Innovation Tower, the vice president for science and technology affairs mentioned the importance of promotion of knowledge-based businesses and startups, which requires a suitable ecosystem for growth and development of creative ideas. In this regard, he stated:

Sattari on the Meeting of Economy of Resistance in Alborz Province:

Provinces must be turned into a proper ecosystem for innovative businesses.

Provinces must be turned into a proper ecosystem for innovative businesses.